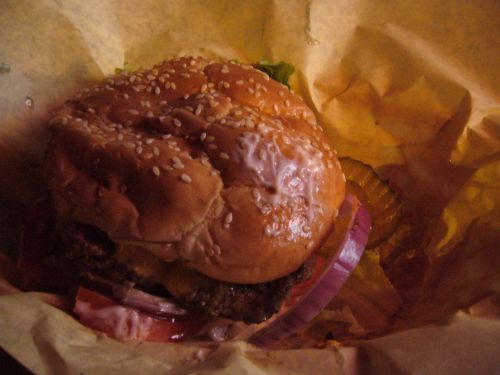 It’s been a hectic couple of weeks. I recently became obsessed with wanting to learn Mandarin. Mind you my parents can speak a whopping 9 languages between them but the only languages they can communicate on a fluent level together are English and Fukkien(a dying dialect of Chinese). My father speaks Mandarin among the languages he has a crazy command over. Sometimes I wish he would have spoken it to me when I was growing up even given the language situation at home. Now that I’m all grown up and have been working in the biotech industry for close to 3 years I realize that it is a necessity to learn this language. I run into quite a few superior colleagues who are from Mainland China or simply prefer to speak Mandarin because that was the first language they learned. I want to be able to connect with people outside of work talk so I find that this is quite a necessary skill I must learn if I’m to accomplish this goal. I would also like to empress my dad with my Mandarin skills one day too but this isn’t so important. So I’ve been busting my butt with a Rossetta Stone program but I don’t feel that I’ve gotten as much out of it as I’ve wanted to and have thus signed myself up for a traditionally taught First Year Mandarin course at Mesa College. So for those of you wondering why I’ve been so lagging on updating … I guess the above is a measly excuse for the back up of posts.

Now on to Rocky’s. I would assume most San Diegan have heard about this hole in the wall, no frills joint in the grapevine either from friends, coworkers or family. For those of you who haven’t tried out this place you must go. I promise you that this is the most juiciest and tastiest burger you will probably ever try. I’ve had plenty of burgers… in fact EHK and I have been on a mission to find the best burger. Every time we try a new place we keep on coming back because there simply is no better burger out there. The burgers really are a cover for this tiny bar to sell the beer but I think we wouldn’t even come if was just for the beer because it isn’t something to write home about. The burgers on the other hand are heavenly and normally I don’t like to get my hands super messy when eating but this is one of the few exceptions that I wouldn’t mind that oil, juices, mustard and ketchup are running down my hand and threatening to stain the sleeves of my long tee shirt. I swear its like crack cocaine… not that I’ve ever done that - I’m only basing it off of the numerous biology and psychology classes I’ve taken that discusses the effects. The first burger blows your mind away and every subsequent burger is also good but can never quite measure up to the first experience. Then the 2nd to the last time I went I heard a man order his cheeseburger with grilled onion. I had never thought you could make that order because their limited food menu of 5 items makes no mention of grilled onions. A few days ago I went back and I was determined to order mine with the grilled onions. Oh my goodness… I actually think this last burger surpassed the experience of the first burger. Grilled onions make everything taste better… well almost everything. All the juices were dripping down my hands and I took off my jewelry in preparation but I really didn’t mind because it was so sinfully good. There wasn’t to much filler like I find at other joints trying to hide their not so tasty burger, the patty was so plump and juicy cooked to perfection and the buns where soft and somewhat pillowy. I ate my burger in silence… one of the few dining experiences that I’m content to not converse with EHK.

I do have a few gripes with this place though. If only the fries were better! The fries are mediocre and I suppose the burger more than makes up for it but if the fries were better than it would elevate the experience to another level. Also the size of the place is a concern. It’s normally just EHK and I gorging on burgers but if we show up with friends than it can be somewhat of an issue to find a table to park at. One time there was a party of 30 celebrating a birthday there. I thought that was super inconsiderate. This place isn’t designed to hold that type of a celebration. I think a number of 6 in the party is more considerate for other patrons and also saves you the headache of trying to save tables.
Nonetheless, the gripes fade away once I sink my teeth into this oh so tasty burger and I think you will agree once you’ve tried one too.
-
Rocky's
3786 Ingram St.
San Diego, CA
(858)273-9150
Posted by Liz