A while back, Robert suggested that I try out this joint if I were ever in the OC and found myself craving some sushi away from home. He told me it was a small, unassuming joint in a strip mall that served up no frills, traditional sushi. I then remembered watching Anthony Bourdain's No Reservation: Tokyo earlier this year and was in awe at how such a lovely meal was served so fast. He was served a 15 course sushi dinner in 20 mins at Sukiyabashi Jiro!!!!

I'm usually very hesitant about trying new sushi joints... its just one of those things I feel that once you've found YOUR place, stick with it! So it took quite a bit of back and forth, an on the whim day trip up to the OC and both Setsy and Robert not working at Sushi Ota for me to give this place a shot.

I called the number I had on hand and was greeted graciously over the phone. The woman than made it very clear that this was a sushi only place and not to expect teriyaki or California rolls. I assured her I was very aware of what they served and we set a time. Arriving at the location, the same woman who took my call earlier sat us down and we discussed what we wanted. There definitely weren't many seats in the house... I think 8 seats at the bar, then a few tables off to the side and a private room closer to the back.

My dinner at Kasen was not as fast as Anthony Bourdain had experience but I did feel like it was marathon sushi eating. I'm used to leisurely eating at my own pace at Ota's and taking bout 2-2.5 hrs for a sitting. I was in and out of this place in under an hour! It was quite amazing what a machine the chef was with keeping a piece of sushi in front of us when we were finishing up the last piece. There were 2 other parties in the restaurant at the time and they were also siting at the bar so I could see it being manageable for the chef to be attentive. The waitresses were also on top of their game as I never saw the bottom of my cup, dirty bowls/plates were promptly taken away, sauce bowls were changed out at appropriate intervals and I was asked from time to time how my meal was going.

Towards the end my meal, I saw a raggedy looking teenage couple straggle in. The waitress gave them a loathing look and then told them only sushi was served at the establishment. The couple played it cool and said thats what they were there for. Then just as they were being seated, the waitress said the magic words "no California rolls"! The couple looked stunned, said what the heck were they gonna eat and made a B-line for the door. I'll admit that I could really go for a California roll or spicy tuna roll at times but this definitely was not the place to get it at.

My meal was overall wonderful though I wasn't a fan of the sea urchin roe or salmon roe. I've had sea urchin roe several times and it always hits the back of my throat the wrong way. Am I just eating it wrong? Nevertheless, being the only blemish of the meal, this was truly a delightful sushi experience. The following are photos of my meal: 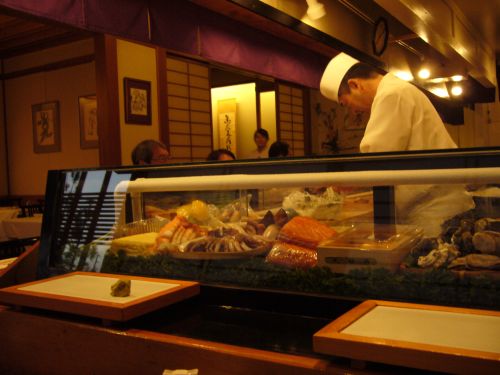 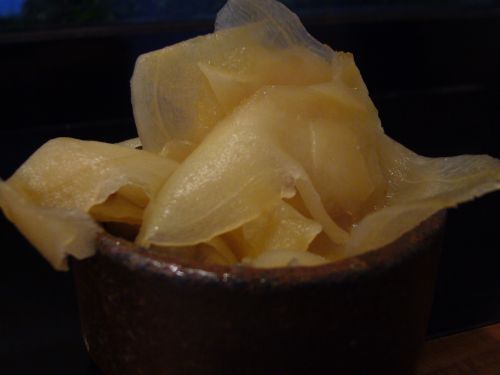 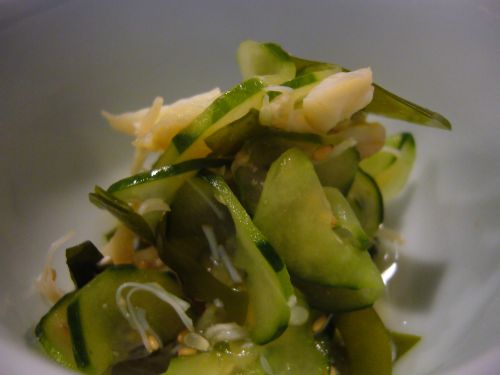 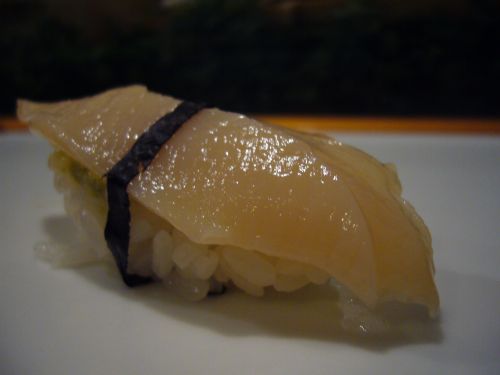 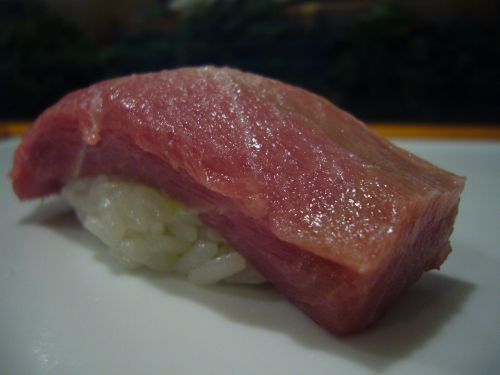 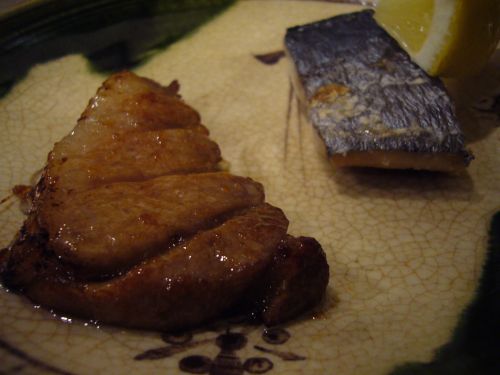 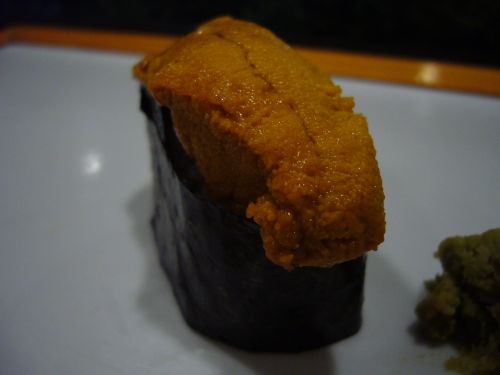 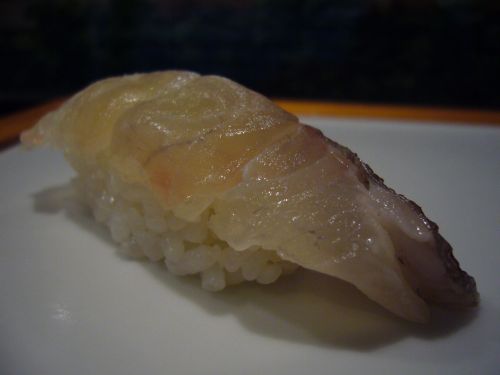 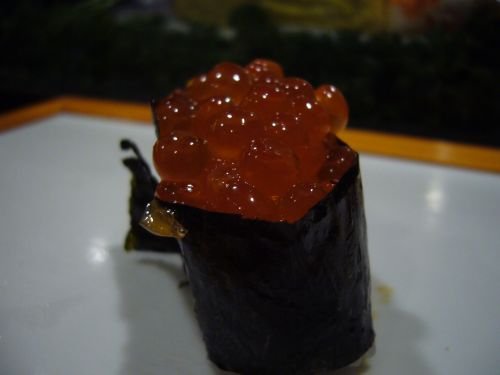 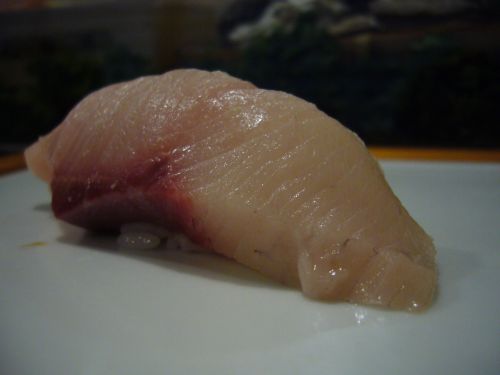 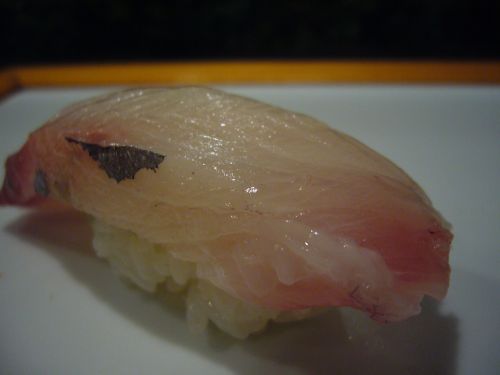 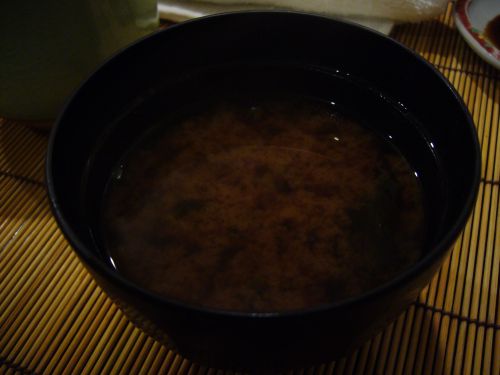 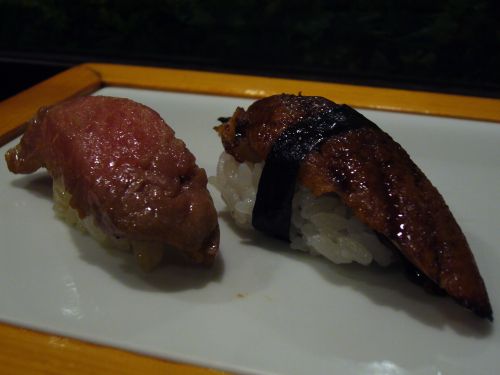