My good friend Huy is moving back to the Bay Area. In some ways I'm jealous that he's leaving before me since I long to come back home too. We've known each other since middle school but our relationship at that time through high school was very different.. more along the lines of we were simply aware of each other's existence. I don't think it was until we both started attending UCSD that we actually developed a real friendship. Perhaps it was out of seeing a familiar face in a sea of strangers that brought us close together.

Anyhow this was was our last meal together before he took off. I was craving dessert at Extraordinary and normally I order a Blood Orange Ricotta Torte but there was only 1 slice left in the display and I'm not a fan of taking last slices so we went with a slice of the Roasted Coconut Cream Torte. 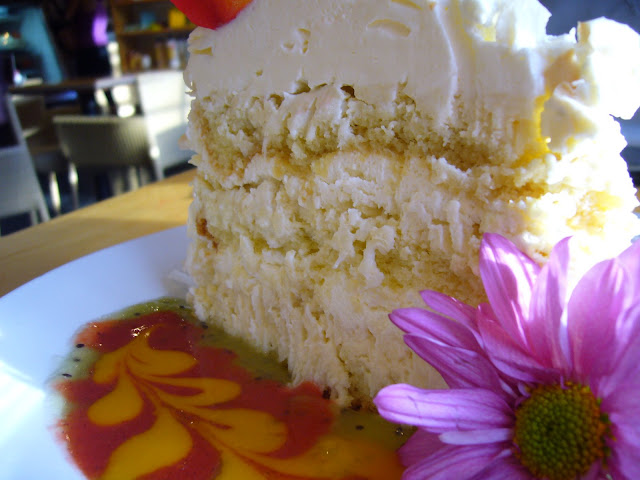 They weren't kidding with the coconut in the name. It was delicious but coconut was just all about the only flavor I could distinguish. It was still a lovely combination of vanilla sponge cake, roasted coconut and voluminous lightly sweetened whipped cream. 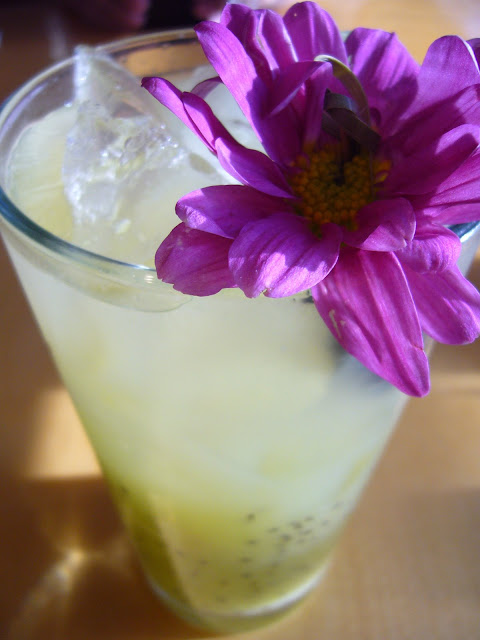 I normally order a Chai or coffee but I was feeling fruity that day so I ordered a kiwi lemonade. What a visually appealing drink. Simply a refreshing light sparkling lemonade with kiwi puree. Most definitely a lovely drink to sip on a lovely day.
I'm not a fan of saying goodbye. I've watched as my friends moved away for family, grad school or new jobs and its always sad to say goodbye. So I'll just say see ya later! Hope you have fun readjusting in the Bay Area Huy! I'll be bugging you when I'm visiting the Folks in the area ;)
-
Extraordinary Desserts
2929 5th Ave.
San Diego, CA 92103
619-294-2132
http://www.extraordinarydesserts.com/
Posted by Liz