Ever watch Anthony Bourdain's No Reservations- New York episode? There's a segment where Bourdain, Eric Ripert and Scott Bryan head over to Prune to chill out and indulge in some of their favorite comfort foods. A plate of roasted veal marrow bones arrive and immediately the boys descend upon it. Bourdain proclaims this as his death row meal. The scene looks rather gross and enticing at the same time. Gross in that here were these men going to work sucking and making slurping noises to get the last bits of marrow out. Enticing because I could picture the delight of gobbling up the rich morsels. I've had bone marrow before since my mom used to make a soup for wonton noodles out of beef bones by stewing it with peeled onions and various spices then let us gleefully suck out the marrow when she was done with them. So I could picture the texture in my mind but not the flavor as I've not had bone marrow this way before. I had to try it!
First a stop at Siesel's Old Fashioned Meat & Deli to pick up some marrow bones. Now they unfortunately don't carry veal bones w/o the meat which was what I was looking for. They'd be willing to order some but there's a minimum order of 75 lbs of bones if you really want it. I'd love to try the veal bones one day so if you and some of your friends want to go in on an order let me know. So I picked up some beef bones and asked them to cut it to size for me(3''-4''). 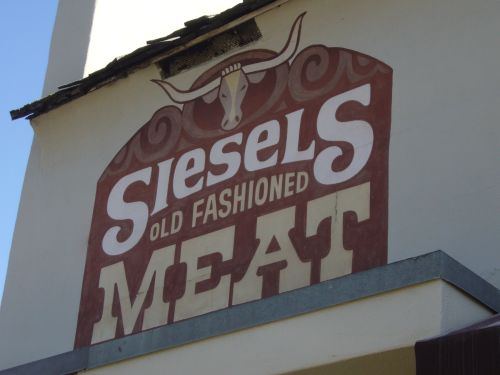 Check out part of the meat selection. LH picked out some Berkshire (Kurobuta) pork chops to grill for us one time. DE-LISH! Perfectly moist and tender... didn't even need a knife to cut it. 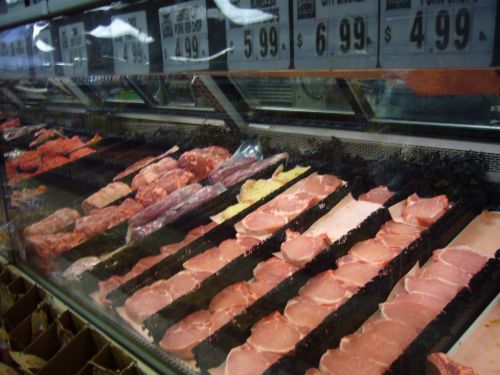 Getting back, I found the recipe Fergus Henderson uses at St. John's on this site.

note: I found the marrow too oily for my taste the first time I attempted the recipe so the second time I raised the temperature 25 degrees F and roasted the bones for 30-40 minutes instead of 20 minutes. I'd recommend eye-balling and jiggling it till you get the consistency you want. I also didn't cook 12 pieces so I adjusted the salad portion to the amount of bones I was roasting. 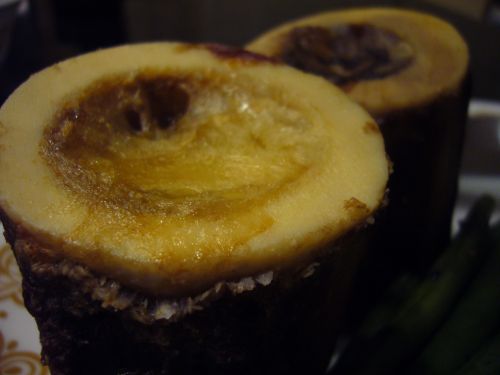 The parsley salad did a nice job of cutting the richness of the marrow. EK enjoyed it so much that he ate the leftover salad. 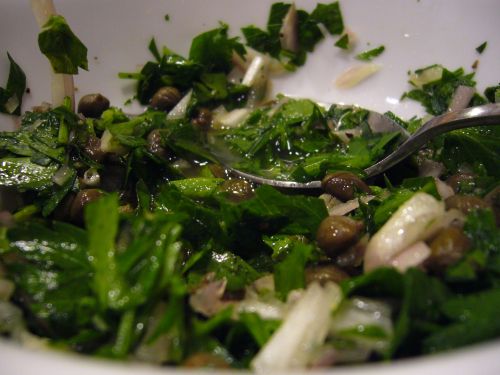 Look at the masterpiece! I really liked the combination of the toast, marrow and salad. I don't think I could eat the marrow by itself as it was incredibly rich so the toast and salad did a nice job of not making the marrow too overwhelming. I much rather prefer eating marrow this way over the stewed method now!!! 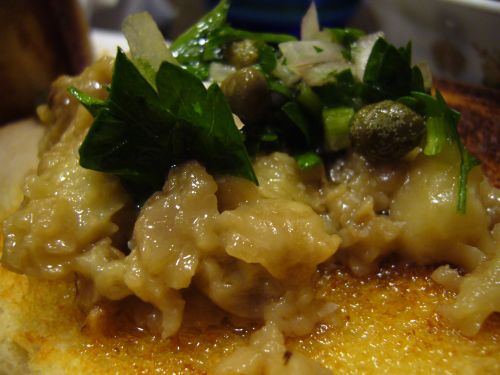